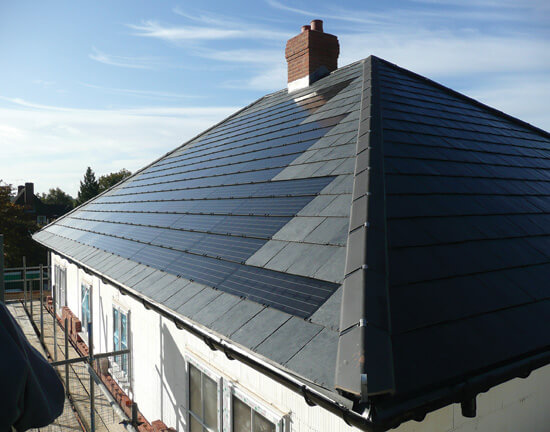 ThamesWey has recently installed an innovative solar/battery microgrid at a housing estate in Woking.  ThamesWey are a private company, owned by Woking Borough Council, set up to drive carbon reductions and the wider sustainability agenda in the Borough.  They own and manage over 600 properties in support of the Council’s Housing Strategy. ThamesWey offer a range of private rental properties including homes at more affordable rents and key worker accommodation.   ThamesWey have a long history in the solar energy sector; back in the 2000’s, and long before feed-in tariffs were established, they were the leading institution installing solar panels in the UK.  They installed their first solar panels back in 2001, and had installed over 5000 solar panels by 2012.

“It’s in our business plan to trial new technologies, so we wanted to run a demonstrator of centralised battery storage”, explains Rachel Lambert, ThamesWey’s Environmental Projects Manager.  “We wanted to find a solution that saved carbon, whilst simultaneously offering a strong economic case.  At the current state of technology, that required a highly innovative project”.

The site chosen was a group of 14 homes, which already had solar PV installed as integrated solar roof tiles on 12 of the properties since 2010.  ThamesWey built the properties to code 5 of the former Code for Sustainable Homes , and designed them to run off their own private wire network.  ThamesWey import electricity into a substation, and then distribute  this electricity on to the connected homes.

“We came up with a concept of installing batteries at the substation as part of our own microgrid”, said Sam Pepper, Environmental Projects Officer.  “The idea was to capture the excess solar electricity that was being produced during the day, and to use this to benefit all the homes on the network, including those without  solar”.

Developing a microgrid with batteries

ThamesWey asked Joju Solar to help design and implement the scheme.  We undertook extensive modelling of the site, looking at ½ hourly usage and generation across the homes, and predicting what would happen if batteries were incorporated.

This was also a full financial model. ThamesWey buy in electricity that is priced every ½ hour on a real time tariff.  As a ‘commercial’ user, ThamesWey also incur high additional charges of 8p/kWh (called DUoS charges) at peak times between 4pm and 7pm every weekday.  We looked at the savings possible for a variety of battery models and operational regimes.

We settled on the installation of 3 x Tesla Powerwalls for a number of reasons:

Overall the scheme offers the best economics we have seen for behind the meter batteries, with a full return on investment within the 10 year warrantied lifetime of the Tesla Powerwall.

This centralised approach is approximately 5 times cheaper than the alternative of installing a battery in each home, showing the advantage of deploying batteries into a microgrid.

Joju installed the batteries at the substation over a 3-day period.  The only issue faced with the installation was making the final connection between the batteries and the supply in the substation, which needed to be switched off to manage the works safely.  Homeowners were informed in advance by letter that their supply would be briefly interrupted on the final day, and the necessary connection was made within 15 minutes.

Batteries for Sites with Landlord’s Supply

The ThamesWey project is a clear demonstrator of the strong economic case for batteries within a microgrid context.  At first glance it might seem that this kind of site is fairly unique, but the same approach can be adopted wherever there is a landlord’s electricity supply in place – most commonly in blocks of flats.  Any situation where the landlord buys electricity into a building (or site), and then sells on electricity to tenants, can benefit from battery storage behind the landlords meter (but in front of the tenants).  It’s a model Joju Solar are now rolling out at numerous sites across the country.

Mark Rolt, ThamesWey’s Chief Executive Officer concludes “We were delighted to work with Joju Solar to install these batteries at our substation as part of an innovative trial of a centralised battery. The associated carbon savings from maximising the use of energy generated from a renewable energy technology supports our founding commitment to reduce carbon emissions in the Borough.” 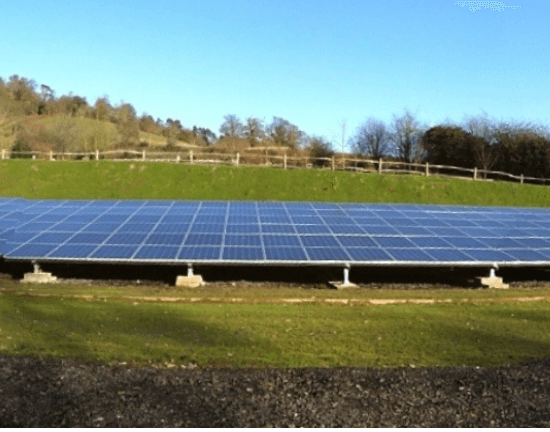 On the grounds of Chilworth Manor

Chilworth Manor is a historic country house located in Surrey. The manor, itself, is grade II listed by English Heritage. In 2011 Joju were commissioned to install a ground mounted solar array.

END_OF_DOCUMENT_TOKEN_TO_BE_REPLACED 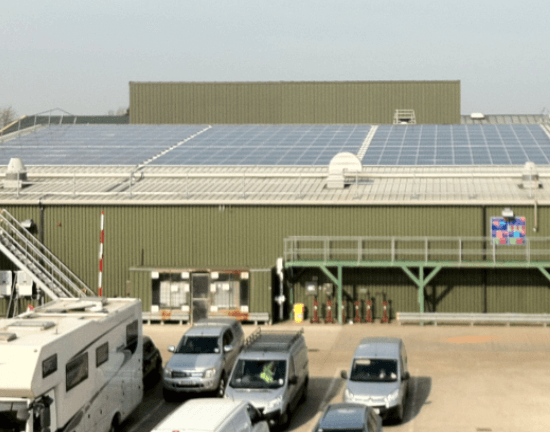 Corporate Responsibility is a key focus and a point of competitive advantage for many companies. Over the last twenty years multi-nationals have implemented more and more creative ways to lower their environmental impact, decrease their carbon footprint and demonstrate themselves as more socially responsible citizens. One of the simplest and quickest ways and wins for companies has been to look at ways of improving the efficiency of their own buildings and operations.

END_OF_DOCUMENT_TOKEN_TO_BE_REPLACED 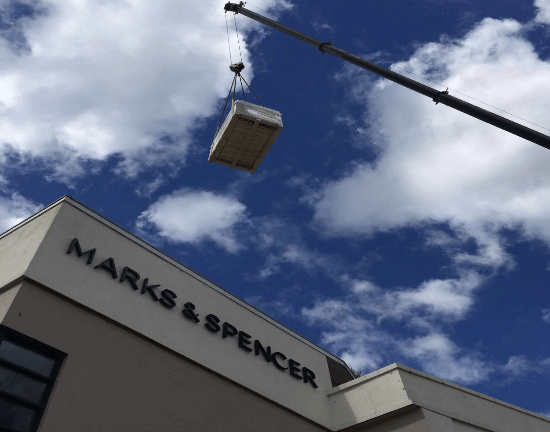 Historically, community energy initiatives have fallen into two categories, depending on where they draw their members from. Investors come from either the local area where the project is located or where the community is geographically scattered are made up of people with a shared passion. However, we’re proud to have helped M&S develop a new type of community energy scheme – where a corporate institution engages the community energy approach to finance renewable schemes.

END_OF_DOCUMENT_TOKEN_TO_BE_REPLACED 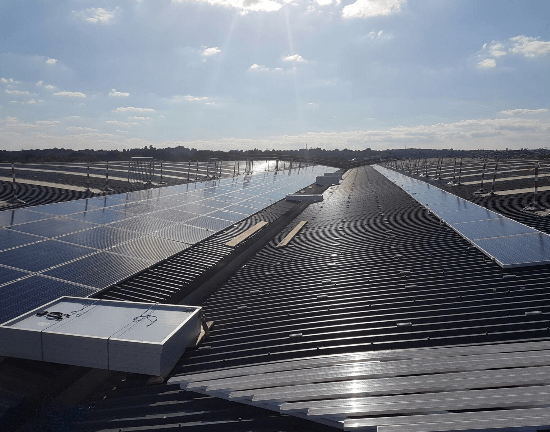 Prodrive to the moon and back

The largest community-owned roof mounted solar array in the UK

END_OF_DOCUMENT_TOKEN_TO_BE_REPLACED 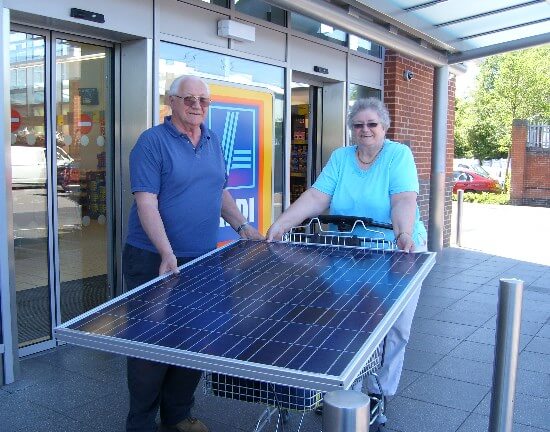 Aldi Supermarket’s have a strong reputation for corporate social responsibility, therefore, asking Joju to install a solar PV system demonstrated their commitment to sustainability and improving the environmental performance of their operations and buildings.

END_OF_DOCUMENT_TOKEN_TO_BE_REPLACED 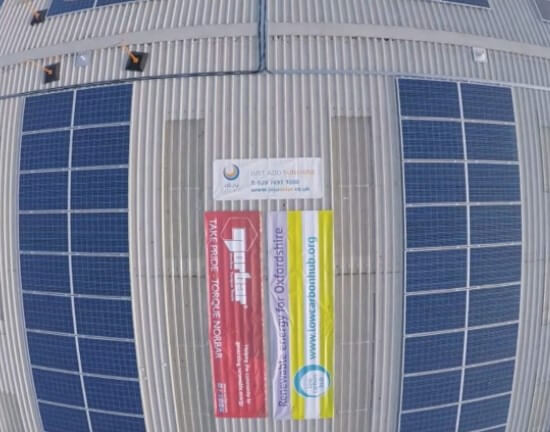 Norbar Tools get tooled up with Solar PV

To scope, survey, design, supply and install solar panels for the Norbar Tools factory in Banbury, Oxfordshire. The project involved a very tight timescale of only five weeks from contract signature to full commission in order to meet the Feed-in Tariff deadline. This was also a community-funded project by the Low Carbon Hub with no upfront costs to Norbar Tools.

END_OF_DOCUMENT_TOKEN_TO_BE_REPLACED 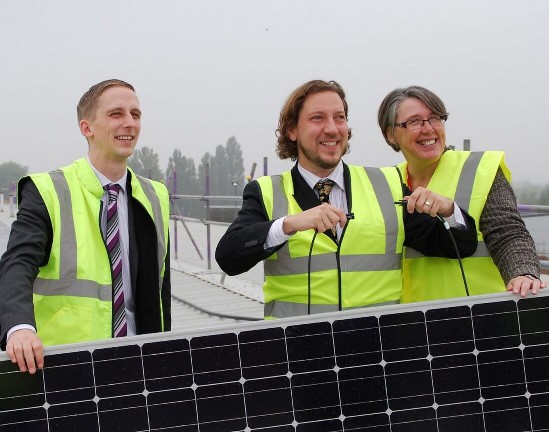 In 2013, Joju installed a 143 kWp system on the roof of the Oxford Bus Company.  The system was funded by a community share offer, run by the Low Carbon Hub. It was a pioneering project run by a community group working alongside a major local business.