What is an inverter?

If solar panels are the brawn behind your solar PV system, then the inverter is the brains.  It is a critical component in good solar PV system design and performs four main functions. 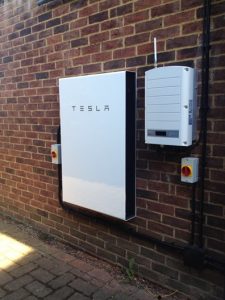 Domestic inverters measure approximately 30x50x20cm (commercial units are larger and you may need more than one), so you will need to find space for this when your property is surveyed.  These will typically go next to the fuseboard or under the stairs.  Loft spaces are also possible, but they can get hot and cause inverter efficiency to drop.  It is possible to install some inverter units on an outside wall as long as they are out of direct sunshine.

The performance of a string is only as good as the weakest link in that chain. This means that avoiding shade on a solar PV array is very important – one shaded panel on a string of 20 panels could reduce the performance of all panels.  Our design approach is to minimise shade on arrays wherever possible, even if this means installing fewer modules.

As with all technologies, Joju Solar are brand agnostic, and this is particularly important for inverters.  We select inverters to optimise the output of the overall system, which in the UK means an inverter approximately 10% smaller than the size of the array.  Straying too far from this ratio can adversely affect overall production.

Different manufacturers offer different sized inverters in their product range – one might offer 8, 10, and 15 kW, whereas another might offer 6, 9, and 13 kW.  By offering more than one brand we can find the most optimally sized inverter, and give you the best performing system possible.

Inverters have improved technically over the past decade with most inverters now reaching 98% efficiency; that is to say 98% of the DC electricity from the panels is converted to AC electricity.

We offer string inverters from a range of manufacturers, including German manufacturers such as SMA, Fronius and ABB, as well as newer Chinese market entrants such as Huawei and Solis.

An alternative approach to string inverters is to use an approach known as optimisers.  These allow each panel to operate independently, by putting small optimiser units (containing an MPPT) on the back of modules.  This optimises the performance of each individual panel and increases overall system yield.  It works in three ways:

Joju Solar offer optimiser systems from SolarEdge who are the market leaders for this approach.

The SolarEdge product, and optimisers in general, are good design options in the following situations: 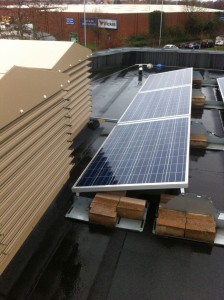 Why you shouldn’t use Solar Edge