We’re a continuously growing team of over 80 specialists, covering design, installation, and delivery – including Sales and Account Management, Project Management, O&M, Finance, Communications and our own in-house team of electricians.

Here are a few familiar faces. 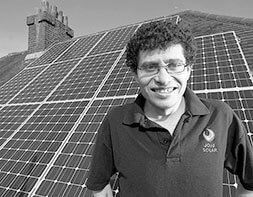 Joe has a commercial and entrepreneurial background. In 2006, Joe set up Joju Solar because he was determined to use his experience and skills to be part of the new Green Economy and play a real part in tackling climate change.

Joe has spent many years living, working and travelling in developing countries and has a genuine passion for helping to create a greener future.

Joe says: “ I founded Joju because I know that companies like ours can make a real difference in helping us all move towards a clean green Britain, through solar technologies, battery storage and EV Charging infrastructure. Helping our customers to achieve their sustainability ambitions inspires us every single day.” 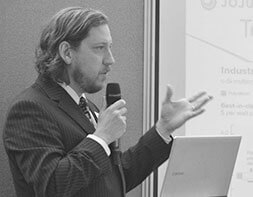 Dr Christian Jardine is a founder member of Joju Solar and has been involved with solar PV since 2001, when he ran Oxford University's research into solar energy and microgeneration.

Chris is recognised as one of the UK's foremost experts in the performance of solar PV and is the author of prize-winning papers on the subject, as well as leading publications such as “PV in the UK” and “Power from the People”. He also champions community-led energy projects.

Chris says: “Within Joju Solar I'm responsible for making sure the products we use are of the highest available quality, that we're always at the forefront of our industry, and that our team is trained to deliver excellent quality installations``. 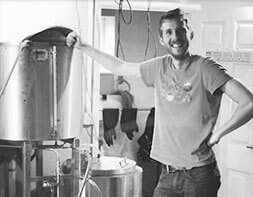 Joe is a graduate of the University of Oxford where he spent time researching “green chemistry” and investigating novel methods of carbon dioxide sequestration. His work on this has been published in a number of academic journals.

After graduating and before joining Joju Solar, Joe was responsible for the development and international accreditation of the SolarTile, an innovative building integrated photovoltaic module.

In his spare time, Joe makes home brew and dabbles in ceramics. 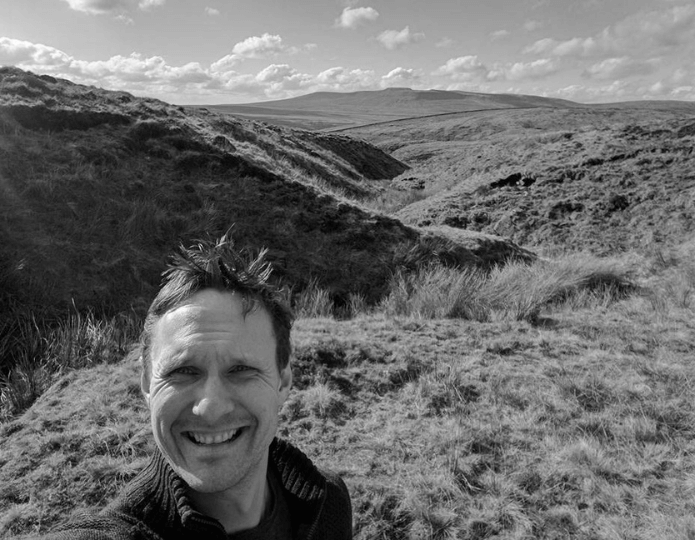 After gaining a Masters in Renewable Energy, Jon joined Joju in 2010 and in that time, he’s seen the rise and fall of the Feed in Tariffs, massive increases in demand for electric vehicles and the rapid development of home battery storage. Jon says, “I’ve always been interested in the increased resilience that solar and batteries provide to homes and communities. That’s why I like to be able to offer back-up and off grid systems to our customers” and when it comes to the best part of the job, it has to be “getting to site, clamping on that last panel and seeing the kWhs start to flood in from the sun.“

Jon finally got his own solar panels in 2019, so he can do that at home now too… and even though he’s a big Tesla fan, he opted for a Victron battery a few years later in 2022, which is up and running and working like a dream. 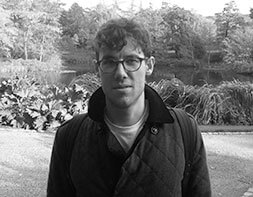 Ed is a Civil Engineering graduate from the University of Warwick. Whilst studying he developed a keen interest in sustainability and the effects of the construction industry on the environment.

He has been working in the Solar PV industry for over a decade and decided to join the renewable industry sector because he was passionate about making a positive contribution. As Ed says, “Joju is a particularly good place to do this due to the strong connections to community-led projects, which have additional benefits beyond the generation of clean power”.

In Ed's spare time he likes to rock climb, brew beer, and tend his allotment. 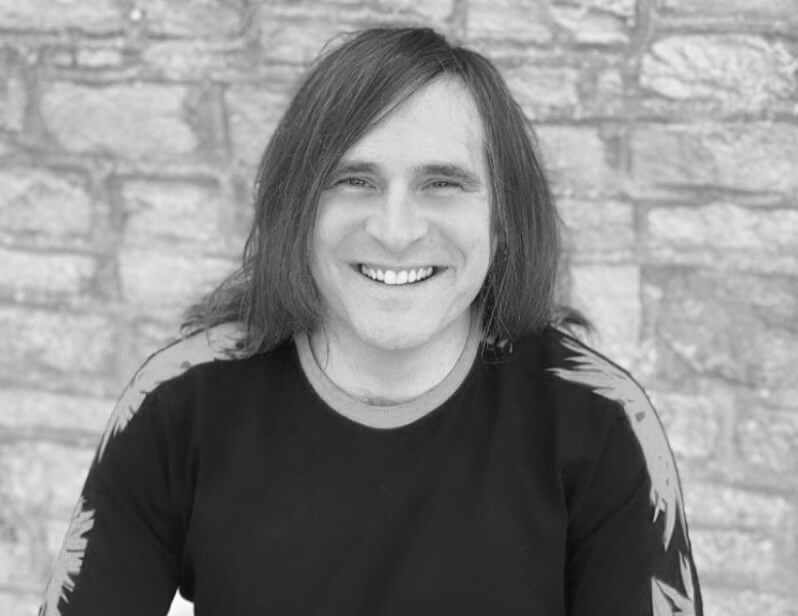 After working in the renewable energy sector for 13 years, Graeme joined Joju to focus on the delivery of commercial and EV Charging Infrastructure. He has since built a design and delivery team to support our growing Joju Charging business.

Graeme says “ Supporting local authorities and commercial businesses to install EV Charging infrastructure in response to the climate emergency is always rewarding. Seeing the team flourish alongside the achievement of our client’s ambitions constantly inspires me”.

Graeme can often be found checking various apps to ensure the maximum energy efficiency and self consumption from a small solar array on his Somerset home, and is also a committed animal rescuer. 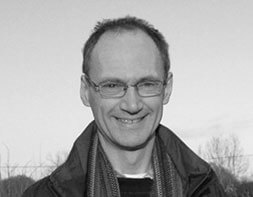 James ensures our system designs are sound in every way, without being afraid to do things differently.

After studying Engineering with Economics and Industrial Sociology at Cambridge University, James became a chartered engineer whilst working in telecoms and broadcasting. He chaired the first Climate Change Task Group for the London Borough of Richmond, joined Joju in 2009 and still monitors the performance of as many sites as possible - leading to some interesting research.

James has written articles for Energy in Buildings and Solar Power Portal and is also a member of the MCS PV Working Group. 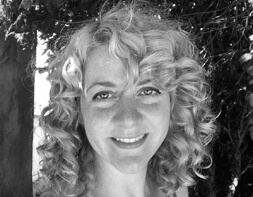 Iona has a Physics degree from Oxford university, and a MSc in Renewable Energy and Enterprise from Newcastle University. She trained to become a Chartered Accountant at Ernst & Young and is pleased to be using her financial skills at a company installing green technologies. Iona's main passion is in dancing, which she does as often as possible. She also loves being out in nature, whether that is getting stuck into the garden or being at a festival. 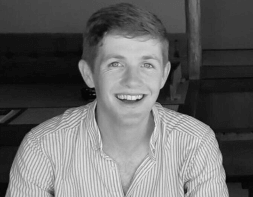 Rhys studied Biology at the University of York. Following this, he spent a year teaching Science at a secondary school in Stoke before venturing into the solar industry. He enjoys playing both hockey and cricket, and is a big fan of Welsh rugby. He is currently in the process of training for a 60km charity run. 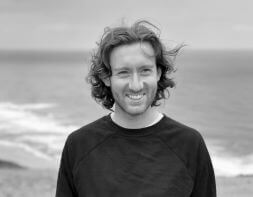 Kieran graduated from the University of Leeds having studied Sustainability and Environmental Management. Following this, he worked in energy and property before travelling around South East Asia, and South Africa. Kieran is passionate about living a low impact lifestyle and blogs about sustainability, with the aim of helping others to live a more positive and intentional lifestyle. He also enjoys surfing, climbing, playing music, meditation, cold water immersion and any excuse to get out into nature. 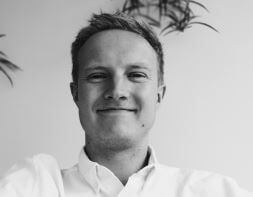 Originally from Newcastle Upon Tyne, Jack studied for a Masters by Research in Anaerobic Digestion Technology Development at the University of York. The interest in renewable energy tech that his research allowed him to cultivate brought him from there to us.
At Joju, Jack spends his time with the residential department both project managing and designing solar PV systems. Outside of the office he enjoys running, jazz piano and all things architectural.
''Growing up with a fanatically botanical mother on one side of my doorstep and the Northumberland countryside on the other, I believe there is nothing more important than the UK setting a shining example to the rest of the world when it comes to renewable energy and protecting the environment we have been fortunate enough to grow up with.'' 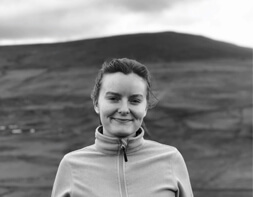 Bea studied Environmental Sustainability at the University of Dundee, and aims to dedicate her career to improve the state of the environment. “Sustainability is a topic everyone should value, as the state of the environment affects us all. Being a part of Joju Solar is exciting as our team consists of people that are passionate about making a change.” In her spare time she enjoys yoga and hiking. Bea is a part of the public EVCI team as a Marketing, Research and Administration Assistant. 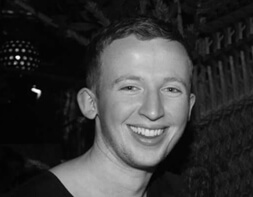 Aidan graduated from Loughborough University with a masters in Renewable Energy in 2017.
He works in Joju's Electric Vehicles team, coordinating installations, and also manages our maintenance projects.
After his first degree, Aidan lived abroad in Thailand, New Zealand and Myanmar. ''This gave me the chance to see more of the natural world and how important it is to protect it. On returning, I was sure I wanted to start a career in renewables.'' It's not all work, work, work though - Aidan's next target is to complete a triathlon and watching Aston Villa.