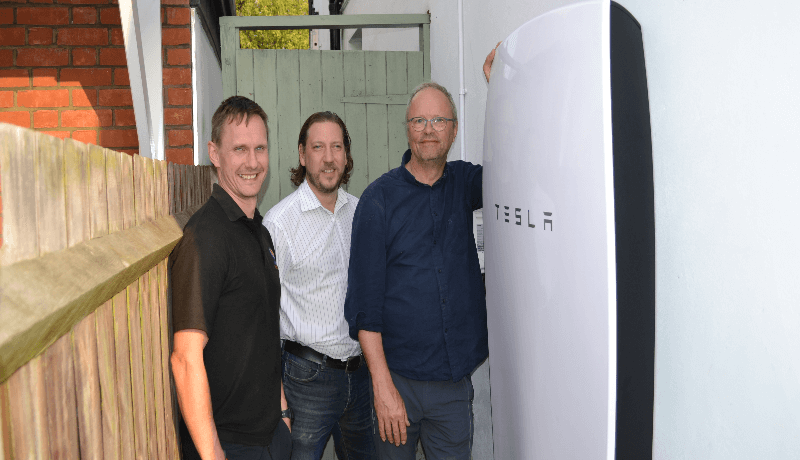 Lights! Camera! Action! Move over George, Leo and Brad our very own Dr Chris Jardine is on the scene starring in this week’s Fully Charged episode all about the Tesla Powerwall and home battery storage with eco-tech lover and enthusiast Robert Llewellyn.

The episode was filmed a few weeks ago on a glorious Summer’s day in St Alban’s at the family home of Joju Customer Glenn Tweedie who in May this year had a solar PV array and Tesla Powerwall installed. It was Joju’s first installation of the coveted Tesla Powerwall and three months on Glenn, Dr Chris Jardine, and the Powerwall itself now all have starring roles in the popular online technology show.

In the episode Glenn talks to Robert about the benefits the Tesla Powerwall has already brought to his family and just how much it has lowered their energy consumption from the grid. Indeed, on the day of filming 97% of Glenn’s Family’s energy had come from energy stored in the battery and produced by the Solar PV. With only 3% being drawn from the grid. A statistic which clearly excites and bewilders host Robert.

A little later on in the episode presenter Robert talks to our very own Dr Chris Jardine, solar PV expert and now filmstar, on the benefits home battery storage can bring to both the individual family and wider society.

The video demonstrates perfectly the benefits of when a solar PV array is installed in sync with a home battery storage solution. The energy savings, the improved family education on energy usage, and even the status that come with having such a complete home energy solution are all highlighted and discussed in depth.

Photos from the day’s film shoot are below 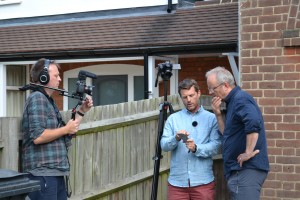 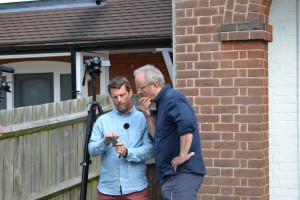 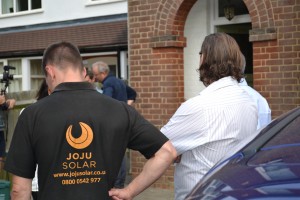 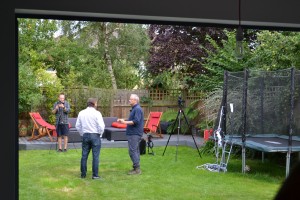 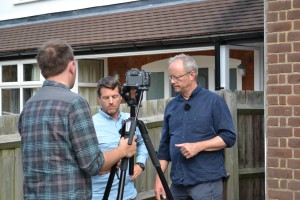 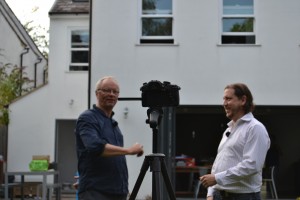 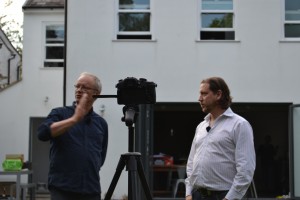 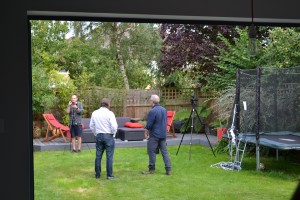 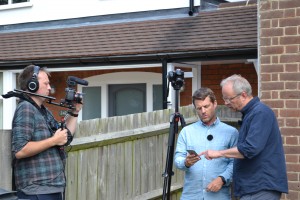 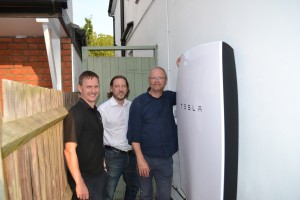