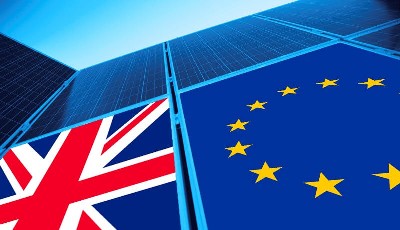 The Referendum for Renewables

Joju’s Marketing and Communications Manager, Ryan Lewis,  gives his opinion on the EU Referendum and what it could mean for the renewable sector.

At Joju it’s not our position as a company to try an influence policy nor politics. However, we are a company and like all companies we are made up of voters with opinions. I am one such person and to pretend, while working at a company like Joju, that solar, renewables, and the renewable industry are not a politicised subject would be deluded and naïve. Indeed there are few sectors or subjects which divide people so closely to their political persuasion than energy and climate. Nothing frustrates me more as an Environmental Scientist than the fact political ideology (on both sides) has become so aligned with people’s interpretation of the facts and scientific consensus on the subject.

Having said all that though the subject of energy, climate change and the environmental has on the whole, and especially by the prominent political campaigners, been remarkably absent in the EU Referendum debate. In the most part, as we are all aware, the debate has been reduced to two subjects only – the economy and immigration. The lack of discussion on renewables in the debate is probably due in no small part to the fact that both Remain campaigners and the Brexit campaigners have shown little to demonstrate they truly care about renewable energy. Both sides have members who are part of a government which has overseen 60% cuts to Feed in Tariffs, blocked onshore wind, and despite overwhelming public protest pushed forward with energy projects like fracking and Hinkley Point. The UK government has done little in the last three years to promote renewable energy. Something made so much more frustrating when you work at a company where you see the public and commercial desire for renewables daily.

So, with the EU Referendum less than two days away it is worth asking for companies like Joju working in the renewable energy sector, which position, in or out, protects the UK renewable sector best.

Currently, the UK has two targets for renewable energy. One set by the UK Government which is a part of the 2008 Climate act stating: 20% of electricity should be renewably-generated by 2020. The second target is exactly the same (20% by 2020) but this one was set by the EU. What does it matter then if we are in or out? The answer comes down to which one actually has some substance behind it. And in this case the EU mandated target has a little bit of bite. EU member states are obliged to comply, or they will face fines. Stay in the EU and we have to achieve this target or else suffer financial loss if renewable energy targets are not hit. Some may see this as exactly the type of ‘red tape’ and interference from Europe they want to avoid. But when we compare targets and progress with other EU nations on renewables already, if we can’t meet a target of 20% by 2020 then we probably deserve the fines!

It’s all about the money!

A key argument in the EU debate is how much the EU costs and how much we get back. And it’s safe to say that after months of discussion I don’t think anyone is any wiser. I know I am not. The Vote Leave campaign suggest that leaving the EU would free up lots of cash, which apparently of course will be pumped in to the NHS – despite the fact that the lead campaigners for the Vote Leave campaign have no history to suggest they care that much about the NHS at all. But, if this money exists would any of be put in to the UK’s renewable industry to help meet our targets. Again the evidence isn’t great the UK has slipped from 3rd to 13th in the world as the best place to invest in renewables and subsidies have been cut. There appears to be more investment and subsidies heading in the direction of existing ‘dirty’ energy and new unproven energy sources (e.g. Fracking) than towards renewables.

The facts are that a large percentage of the cash for renewable investment in the UK came from the European Investment Bank. The EIB has invested 7.2 billion euros (£5.59 billion) into renewable energy since 2007. The UK has been the biggest beneficiary, receiving 24% of these funds, significantly more than any other country. While non-EU countries have received investment from the bank, being outside the EU means we would not be involved in the decision making process.

A Brexit would change the picture of international trade between the UK and other countries intensely perhaps beyond recognition and this could in fact have distinct benefits for some renewable industries. For the solar industry a Brexit would most likely result in a removal of the price floor on Chinese modules allowing for both cheaper solar panels and installations. A Brexit is also more likely to increase the price of electricity to the consumer, which would actually be beneficial to companies like Joju as people look to avoid the higher costs and decide to generate their own electricity by moving away from the grid.

Equally though leaving the EU could have extremely negative effects on the role the UK plays in the wider European infrastructure to assist renewable penetration e.g. hydro from Nordic, wind from the North Sea, solar from the Mediterranean. We don’t want to be left behind as Europe pushes ahead further.

An amplified group voice or a lost voice?

As a part of the EU the UK are an amplified voice on driving energy policy both in Europe and globally and what’s more we as consumers have benefitted from the changes the EU has driven. You only have to look at the improved efficiency of the products in our homes to realise how important the EU can be in improving energy usage and challenging manufacturers to up their game. A household fridge today for example uses 27% of the energy it did in 1995.

In the light of the COP21 in Paris and the global commitments and pledges made it’s crucial that the UK has an integral role and in my opinion this will be much harder to achieve as an isolated solitary voice than as a part of united European voice. The threats and concerns that climate change bring are global, they don’t obey borders and individual national policy. They will impact us all and removing ourselves from a very big influential table when it comes to energy and climate policy would be nonsensical. The EU has a history of moving first on energy, environment and climate policy and usually the rest of the world then follows closely behind. Rather a leader than a follower be in my opinion.

It’s hard to imagine that were we to vote leave then suddenly those in power would forget about the threat of climate change and the need and global commitments made in Paris to achieve a low carbon future. However, equally it’s not hard to imagine that a vote leave could have a more dramatic effect on the UK Government and in the aftermath renewables, as it frequently does, would no doubt be pushed down the agenda.

Personally for me, as someone working in the renewable sector, the case is clear on how to vote in on Thursday.