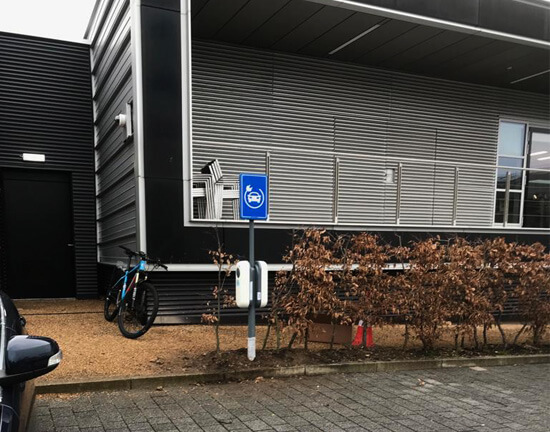 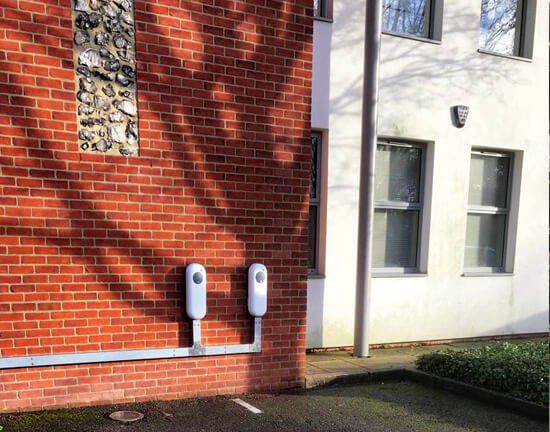 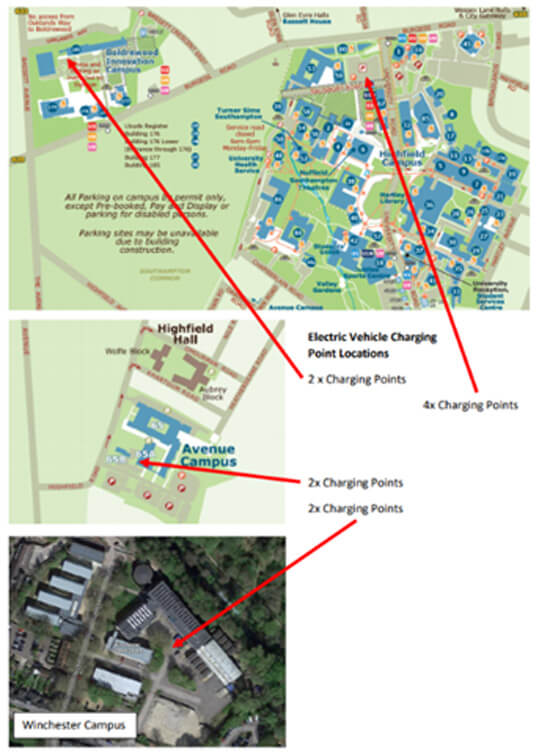 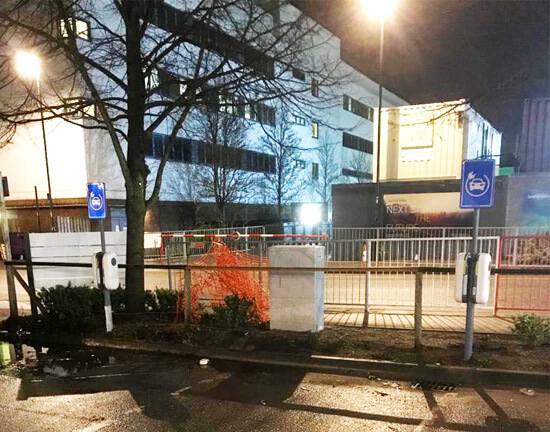 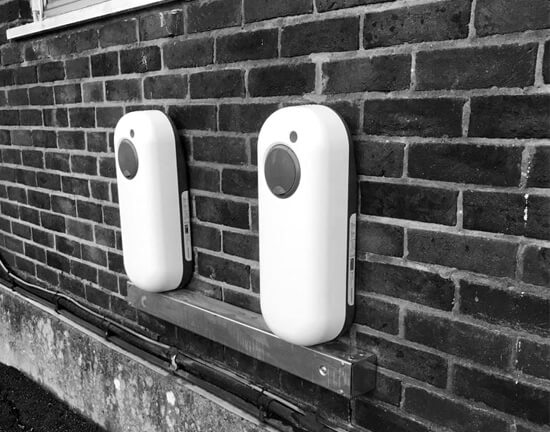 Overall, the city of Southampton has been investing heavily in carbon reduction and air quality improvement through their transport strategy. Throughout the city, we have seen a large increase in fast and rapid electric vehicle (EV) charge points (CP) becoming available to the public.

Sustainability in the University

The University of Southampton has also followed this trajectory with their 2015-2020 travel plan. As part of this plan, the University is promoting more sustainable means of transport. The University track the number of electric vehicles (EVs) and plug-in hybrid electric vehicles (PHEVs) through their parking permit database. An increase in the amount of EVs and PHEVs on record indicated a demand for charging services.  This led them to launch a pilot project whereby they installed ten electric vehicle charge points at four locations across their campuses.

Two years ago, it was made more expensive for a member of staff or visitor to purchase a permit with a vehicle with higher emissions (petrol or diesel). This was pursuant with making the permits cheaper for EV or PHEV owners. As the number of PHEV and EV owners increased, the University decided to launch a pilot to facilitate the need for charging these vehicles on site. The University decided to fully fund the charge points and procured them through the Central Southern Regional (CSR) Framework. Adam Tewksbury, Associate Director for Environment & Sustainability, had the following to say “[…] The CSR Framework has been really helpful because we are able to say these are the same charge points that you will see locally, which alleviates the concerns about different styles, types of charging points and operating systems, people who are thinking about getting an EV might have. The consistency helps the messaging.”

The University has applied differential pricing according to the different user types.  University of Southampton fleet vehicles aren’t charged for electricity usage on the charge points, whereas staff and visitors are charged at a rate of £0.20 per kWh. The fleet vehicles are able to do this through an approved fob which is set to free charging via the New Motion back-office system.

The charge points are being used

The University wanted to monitor the usage of the charge points over the course of a year to help inform their future sustainability strategy planning. This would also contribute to the need for future installations throughout the University. Straight away, the charge points were being used.  “Two EVs were charging after 24 hours of installing them which shows the latent demand was there,” said Adam. Two newsletters were released at six and 12 months, which stated how much the charge points had been used and how many people had accessed them. Over the course of the year, the charge points were accessed 765 times by 95 different people dispensing 8,500 kWh – enough to travel more than 25,000 miles in a Nissan Leaf.

The amount of usage from the charge points has led to the University of Southampton planning further installations, “Uptake has been good and steady, they’re a useful asset to have on-site because it gives a bit of assurance and supports in people’s thinking: if they make the switch to an EV, there is the infrastructure for charging available for them. The timing of putting them in was a bit of an experiment, but it’s paid off, and we’re building on it” added Adam. Four bays have been earmarked for electric vehicle charge points at another site, and the University are planning to move ahead with further installations before the end of the year.

Overall, the pilot has been a success, and the demand for EV and PHEV charging is definitely there and increasing for people visiting the University. One challenge the University thought that would occur is that they might not have installed enough charge points and an EV user may turn up to a fully stacked set of charge points at their main visitor car park (Highfield). To overcome this, they have an attendant on-site during hours of operation who will provide information for visitors about the alternative sites for charging.