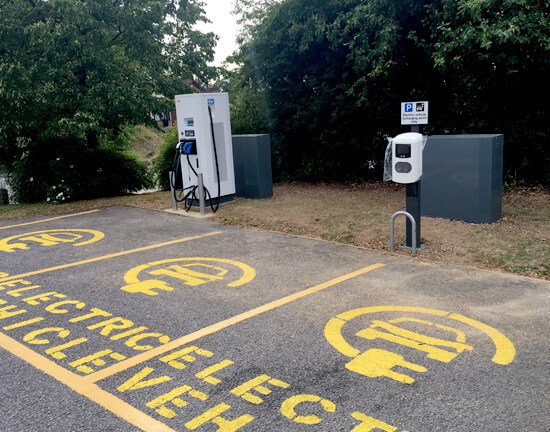 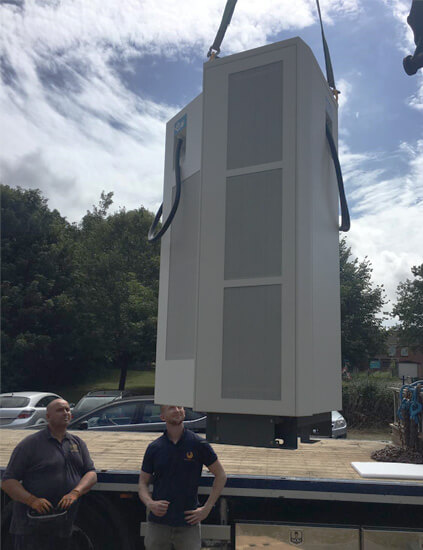 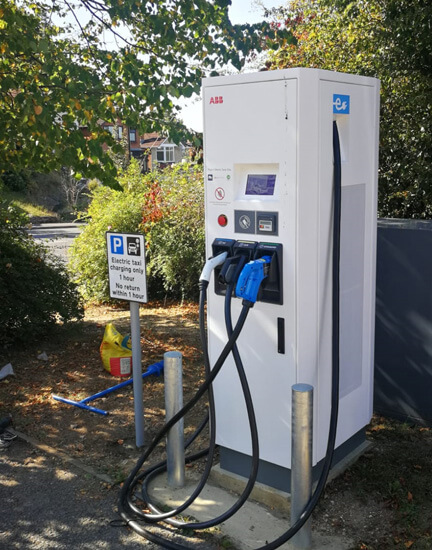 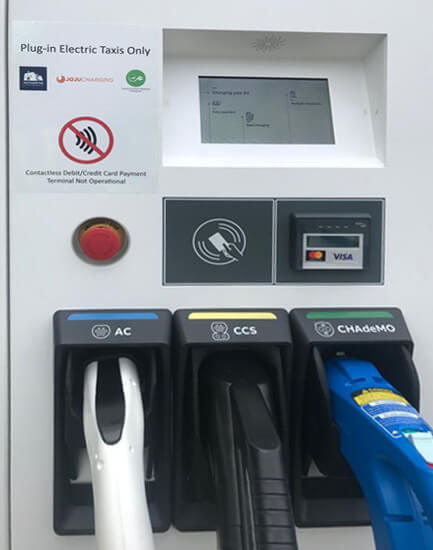 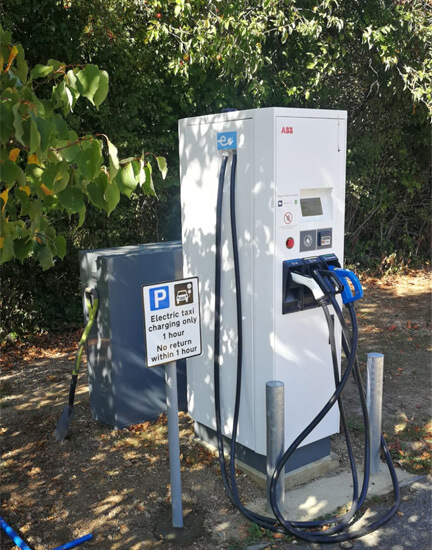 As part of their ongoing wider city council programme on clean transport to improve air quality; Southampton City Council have introduced their first rapid 50kW charging point for electric taxi usage at Lances Hill Car Park, in Bitterne Village. This charging station has the capacity to fully charge an Electric Vehicle in 15 to 30 minutes, depending on the Electric Vehicle’s capacity. This gives the council capacity for electric taxis to be able to charge their vehicle quickly in between journeys; making an incredibly efficient, low-carbon service for taxi and private hire vehicles. Increasing the availability of rapid charging stations around the city will incentivise an increase in the number of electric taxis within Southampton.

Following a large roll-out by Southampton City Council of fast EV charging infrastructure throughout public car parks in the city, the council decided to initiate its rapid charging network for electric taxi and private hire use. By improving the accessibility of fast and rapid chargers around the city, the council hope to incentivise more taxis to make the switch to electric vehicles and contribute to the clean air strategy within the city. The initial motivation for Southampton City Council to install their first rapid charger was to incentivise the use of electric taxi and private hire vehicles within the city. Rob Gloyns, Air Quality Project Officer at Southampton City council says “through our Local NO2 Plan and Clean Air Strategy, we have put measures in place to upgrade taxis to cleaner vehicles over the next few years. The key issue we faced was that there was nowhere for the drivers to quickly charge their vehicle during their hours of operation. However, by providing the taxi trade with the infrastructure they need, we hope to see a large increase in the amount of electric taxis within Southampton”.

Southampton City Council are currently offering trials of electric taxis for local drivers, and hope this experience will provide extra information to employees within the taxi service in order to make the switch easier. The council are also offering monetary incentives to make the switch from older, more polluting taxis to low emission alternatives.

The key challenge with installing rapid chargers relates to the installation itself.  Because the units a very high-powererd, a new connection needed to be put in place, which the local network operator installed prior to Joju arriving on site.  The ABB rapid charger units are very large, weighing more than 250kg, and need to be craned into position.  Once in place, all that was needed was to wire the unit in; itself a major challenge due to the physical size of the wiring required.

One of the smaller issues has been allocating the charge point to electric taxis only. To incentivise the trade to increase the amount of electric vehicles in operation in Southampton the charge point will be completely free for the taxis to use for an introductory period. Limiting the use to taxis as opposed to public use means that taxis won’t have to worry about the charging station not being available.

The council have also installed a 22kW fast charging dual socketed unit in the same car park which will enable two public vehicles to charge at the same time. This therefore enables the public to be able to use this car park as a charging point when in and around the city.

This is part of a city-wide programme to increase the availability fast and rapid charging stations. In the coming months Southampton City Council plan a more centrally based rapid charge to be installed. Outside of rapid charging, Southampton are looking at further fast chargers located around the city car parks. They will also be reviewing usage of the rapid chargers and hope to expand more in the future. With plans to trial electric vehicles for the taxi trade and the range of other supporting incentives the council fully expect the number of electric vehicles used in the service to increase over the next few years.