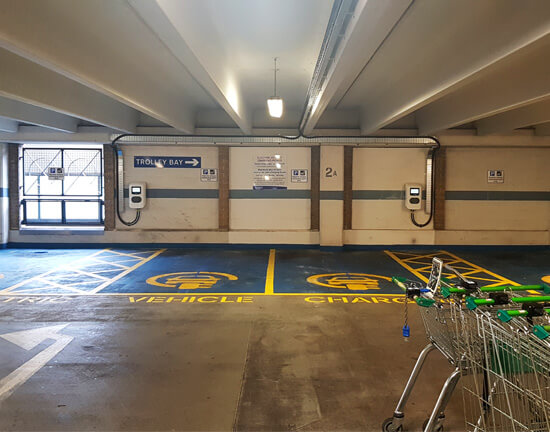 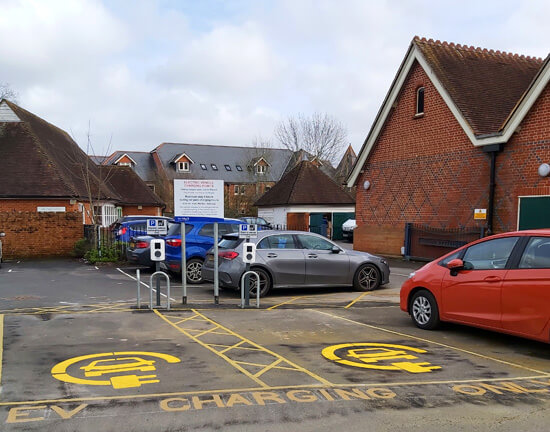 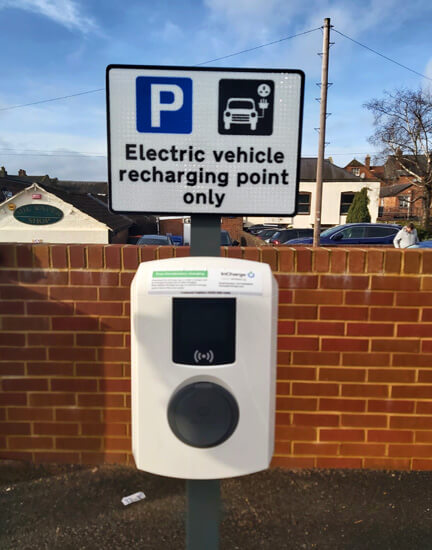 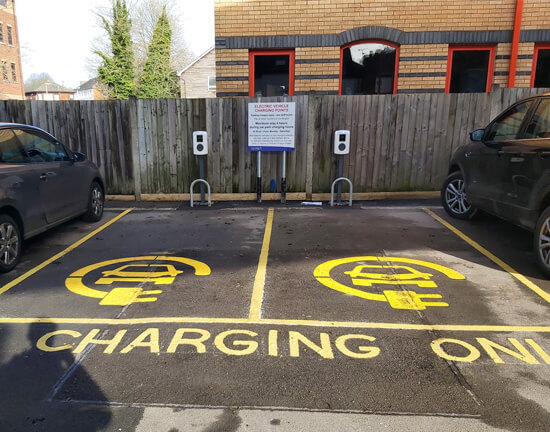 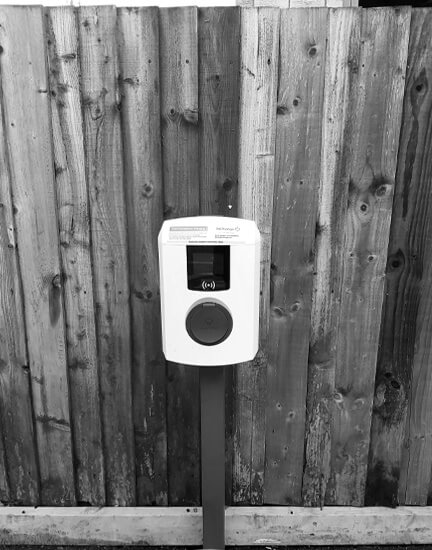 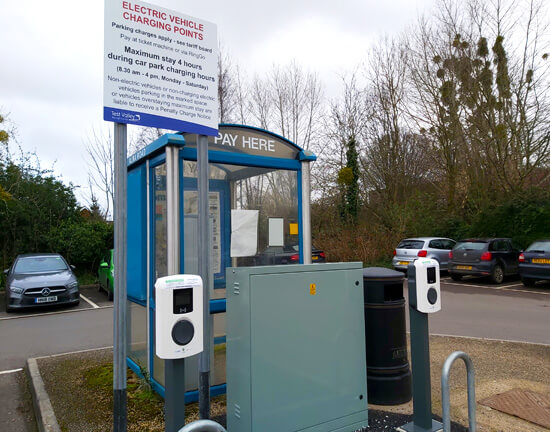 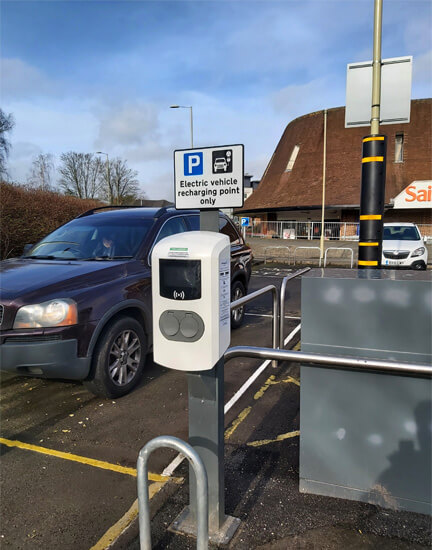 Test Valley Borough Council have recently installed 14 electric vehicle charge points across eight public car parks in Andover and Romsey.    Along the way, they have navigated uncertainties around usage levels, a wide range of technical options and different financial offerings.

It’s a story that’s common to councils nationwide as they begin their own transitions to EVs.

Central government has outlined its ambitions to ban internal combustion engine vehicles from sale by 2035.  While this is a noble ambition, it has fallen to local authorities to provide the necessary infrastructure for the switch to electric.   Local authorities then have to find a way of solving the problem, often starting from scratch.

Steve Raw, Engineering and Transport Manager outlined the problem. “We were very aware of a lack of knowledge and expertise within the Borough Council in terms of how best to proceed.  There are many types of chargers and various procurement and funding models available, so it’s hard to know where to start.”

It’s also fraught with risk, especially around levels of usage of the charge points, once installed. “Our worst-case scenario would be installing charge points that weren’t used.  Our car park in Romsey often reaches 90% capacity at peak times, so if dedicated EV bays were empty, it would pressurise the whole system.”

It’s easy to imagine the criticism such a scenario might invite.  For that reason, Test Valley Borough Council were reluctant to commit council funds towards an EVCP programme.

Nonetheless, with central government making their electric transport vision clear, and local councillors keen to push forward with green infrastructure projects, the Council decided to take the plunge and install in CPs in Andover and Romsey. “It’s a chicken and egg situation – without public EVCPs, the public don’t have the confidence to switch to EVs.  But without EVs there’s no-one to use the EVCPs”.  The sensible way to solve this puzzle is to install smaller EVCP programmes and expand them as the electric vehicle stock increases.

Test Valley Borough Council contacted Hampshire County Council about the Central Southern Regional Framework which provides an efficiency procurement route for EV infrastructure.  “As a contract manager, we’d need to employ a transport consultant or build up our in-house knowledge.  The Central Southern Regional Framework allowed us to piggy-back off of the learning from other projects under the scheme.  And importantly, it also offered the possibility of external funding.”

Under the Central Southern Framework, public authorities have the option of using Joju to provide finance for EVCPs.  Here we pay for the charge points and recoup the investment by charging drivers for charging from the EV charge points.  Test Valley Brough Council followed this approach as it takes the investment risk away from the public sector.  In future, councils can deploy far more public charge points across their regions via a funded route than would be possible if purely council funded.

The sites are operating under a mix of funding models.  Joju Charging fully funds three locations, and the other five are part-funded by the Council.  The latter was made possible as with Joju’s assistance; the Council successfully applied for an OLEV grant under the on-street residential charging scheme (ORCS) the five jointly-funded sites.

“We’ll be reviewing the performance of the charge points over the coming years.  Once we get to a point where EV drivers can’t charge because the bays are full and there’s not enough capacity, we can expand the provision of charge points.  We’ve learned a lot along the way and could do a second phase very easily”.