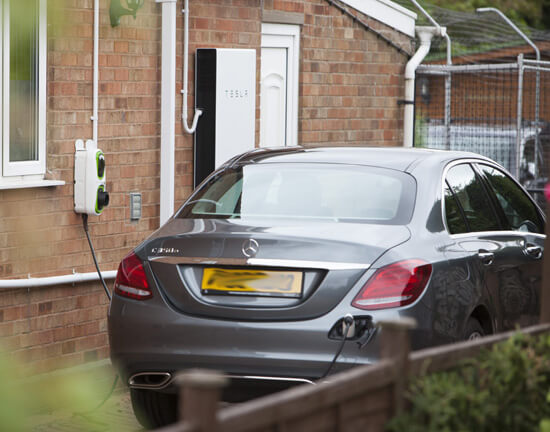 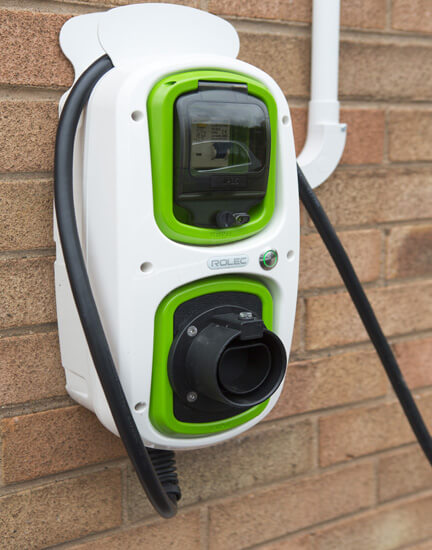 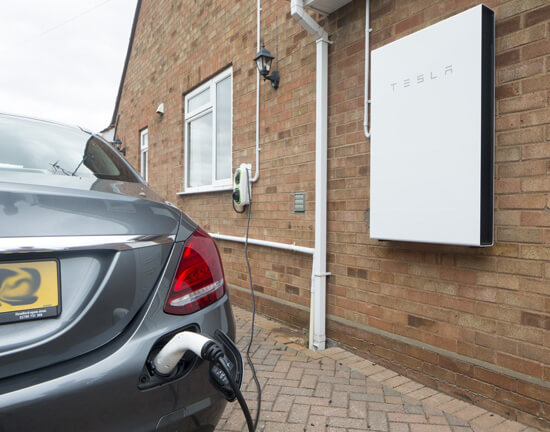 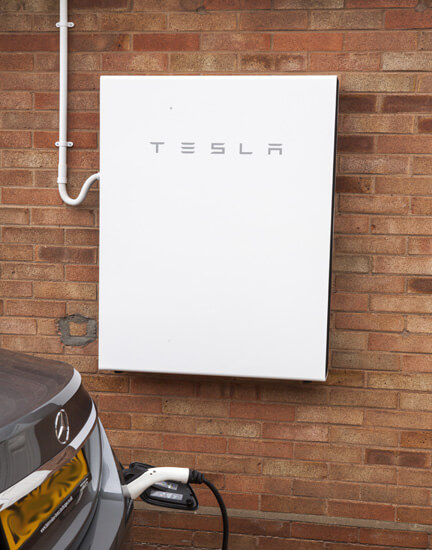 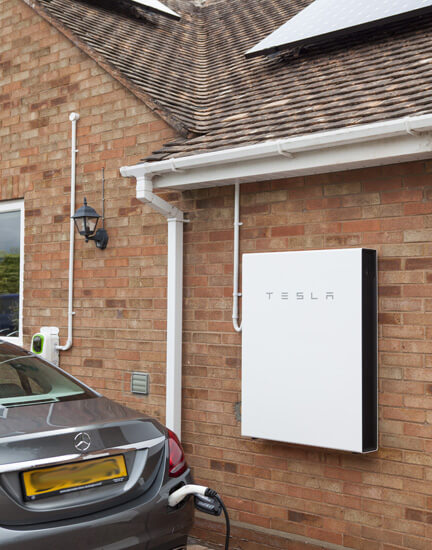 Chris Savage has jumped straight into the smart electric future; he purchased the complete set of technologies offered by Joju Solar in one go.  His home now features a solar PV roof, Tesla Powerwall 2 battery storage, an electric vehicle charging point, and an Immersun device to divert any excess solar electricity into hot water heating.

Driven by his electric car

Chris’s reasons for getting solar and battery storage shows how complementary these technologies are.  Whilst we have seen people with PV roofs going on to get and electric car, for Chris it was the other way round.  “I’m fundamentally green, but it was getting an electric car that pushed me into finally doing this.  I’d been thinking about solar for some years, but it was the idea that it could help charge my car that was most appealing.”  Seeing an episode of Fully Charged about the Tesla Powerwall also prompted Chris to incorporate storage into his home energy upgrade.

Integrating so many components can be complex, so ensuring all aspects work well together is critical.  The system is designed so that the solar produces electricity in the day, which is used or stored in the battery.  The battery discharges in the evening and night-time into lights and appliances in the house, and trickle charges the car.  Chris has a plug-in hybrid Mercedes, which has a comparatively small battery capacity of 6.5kWh, so it’s not a drain on the battery.  Chris has got involved too: “I fiddled with the charging profile on the electric car, so it doesn’t exceed the output capacity of Powerwall”.  On the best days in summer, Chris’s PV system will generate more electricity than even the Powerwall 2 can take, so here any excess electricity is diverted into the hot water tank, using the Immersun, rather than being fed back to the grid.

Turning carbon into a game

“It does give you a fuzzy glow to know you are producing your own electricity. It’s very interesting and I’ve been rather obsessive about it! We’ve managed self-powered up in the high 90%’s.  It’s almost a game trying to minimise grid electricity – a bit like driving the car, when we sort of consider it a failure to use fossil fuels”