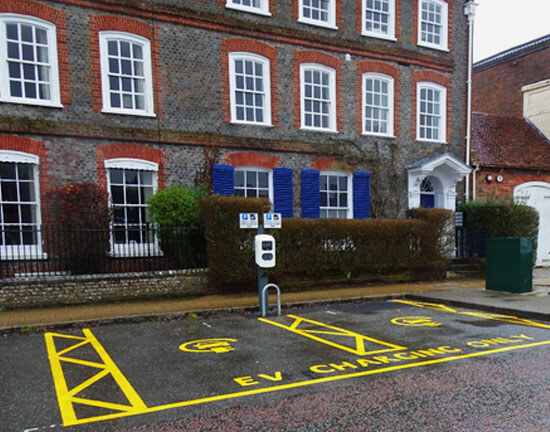 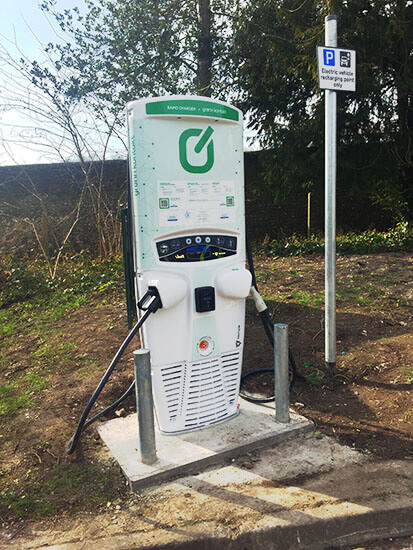 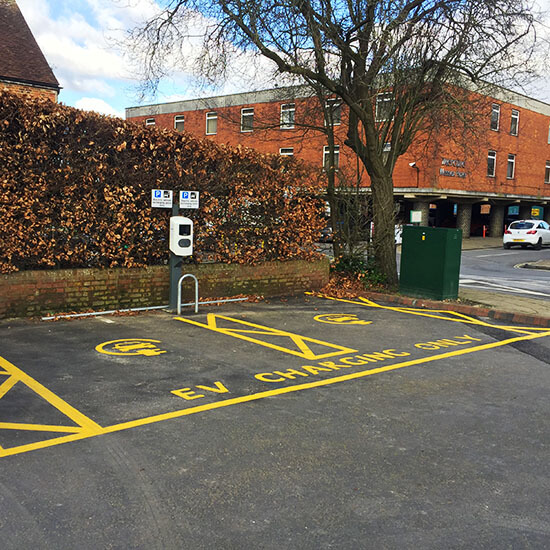 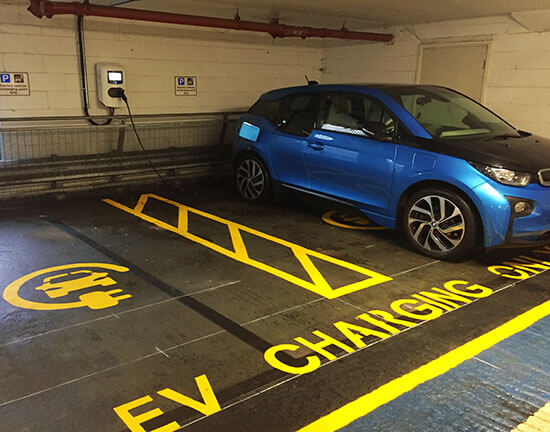 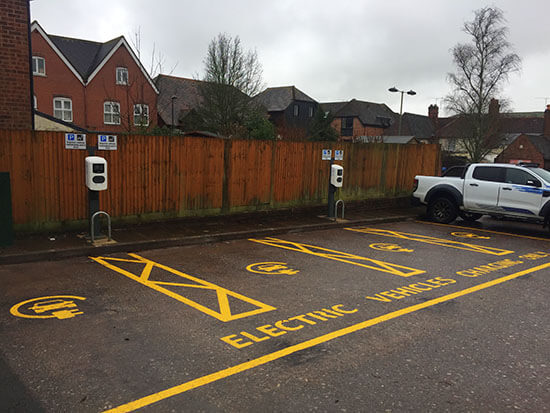 Winchester City Council sits right in the heart of the Hampshire led Central Southern Regional Framework for Electric Vehicle Charging Infrastructure. The council declared a climate emergency in June 2019; committing to become a carbon-neutral council by 2024 with the wider district to become carbon neutral by 2030. As the highest source of council carbon emissions, transport was a priority for the council to address. As the local authority with the highest number of plug-in cars and vans registered within Hampshire at the time, it was clear that installing electric vehicle charging infrastructure was imperative to mitigating harmful emissions from local transport and improving air quality. Councillor Jackie Porter says “As more drivers invest in electric cars, we want residents and visitors to be sure that their visits to our city, larger villages, and market towns include the chance to recharge their electric car. We hope that by installing electric vehicle charge points it will boost tourism too as the summer arrives”.

Following some initial research from Horizon Power & Energy, Winchester City Council accessed the Central Southern Regional Framework and instigated a feasibility study from Joju, the suppliers to this framework, to investigate the opportunity of installing electric vehicle charge points.

The feasibility study initially examined 23 public car parks. Through this process full pricing and site designs were put together for the council to then decide which sites to move forward with in the first phase of installations. As well as pricing and site design, the council were also able to access several unique funding solutions. Through the Central Southern Regional Framework, several funding options are available

The council decided that it would utilise all three models of funding. Using the fully funded model for a rapid charge point, dedicated for electric taxis. The co-investment model was used for the majority of the sites, and the council decided to fully fund one site in Denmead due to requests from several local constituents. Every charge point installed through the fully supplier funded model and the co-investment model is provided with clean, renewable electricity.

The feasibility findings were published in a cabinet report and the council allocated £120,000 of council money for the portfolio, with Joju and their partner Gronn Kontakt providing the remainder of the funding.

Overall, 16 sites were chosen for Phase One with 33 charge points to be installed in early 2021. The car parks are located across the district in Alresford, Bishops Waltham, Denmead, Harestock, Wickham and Winchester City Centre. 32 of the charge points provide a charge rate of up to 22kW, depending on what electric vehicle you drive. One 50kW rapid charge point was also installed at Worthy Lane Coach Park car park, near Winchester Station, which is for both public use and the emerging electric vehicle taxi trade in the local area. All 33 charge points can be accessed through the Gronn Kontakt charging portal and app.

This scheme, alongside the Hampshire County Council on-street rollout of charge points in Winchester, brings the city and the surrounding areas up to speed with the accelerating demand for electric vehicle charging.

As Winchester continues the path to carbon neutrality, we expect to see the provision of electric vehicle charging infrastructure increase over the years. The council already have exciting projects in the pipeline which will look to expand their network of charging. Through the Central Southern Regional Framework, the notion of a universal charging network within the area is becoming more of a reality, and Winchester can be instrumental in leading the charge.