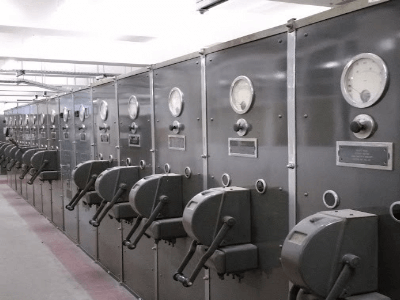 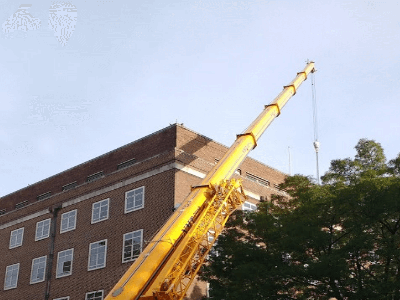 After crowdsourcing funds combined with university investment Solar SOAS, a project led by student group The Energy and Climate Justice Student Society, successfully raised the funds needed for a 29.6kWp system to be installed at the University of London’s School of Oriental and African Studies (SOAS). This was the first student-led crowdfunded project of its type and Joju were delighted to be involved. We pride ourselves on pioneering solar PV and community funded projects and this was yet another example of a solar first for Joju.

The SOAS community will decide how to spend the profits generated from the system (estimated to be £2000 a year) with a voting process to be opened each year to determine what green project or cause will be selected over the lifetime of the scheme.

Joju installed an East to West solar PV array with a Solis inverter in September 2016. It is a 29.6kW system which will generate 24.15 MWh per year for SOAS. It consists of 114 260W Amerisolar panels all attached to a K2 frame. The University has it’s own mini electricity grid with equipment, which while stunning in its antiquity was also listed so provided a unique challenge for us to incorporate a modern, high-tech solar PV system in to (see the picture).

This project was extremely unique, Joju Head of Engineering James Page said “What made this project really special was the fact it happened because of the combined forces of an enthusiastic bunch of students who kicked the thing off, all supported by accommodating staff: with just one or the other it wouldn’t have happened.”

The project also gained political support from Keir Starmer, local MP for Holborn & St. Pancras. He said he was “absolutely thrilled to see the first university community energy project in the UK happening in our constituency. We hope this will lead the way for further similar projects around the country!”

The installation demonstrate SOAS’s continual efforts to reduce its carbon footprint, with the installation thought to save over 10 tonnes of carbon every year, therefore, building on its success as a green institution. In 2016 SOAS  topped the Brite-Green university league table with a 55% reduction in carbon emissions since 2005. SOAS have also been awarded the Carbon Champion mark of achievement by the Camden Climate Change Alliance.

Solar SOAS is hoping that they will act as a pilot for other UK universities and even set up UniSolar, a community benefit society to administer and introduce community energy to other higher education establishments. They also plan to build on the success of this project, with other solar installations.

Isobel Annan, co-founder of Solar SOAS said: “We overcame many obstacles and met some hair-raising deadlines over the past two years, as full-time students and alumni endeavouring to do something green and good in a challenging policy environment. But we are live and generating, and ecstatic to see those shining panels.”

Baroness Valerie Amos CH, Director of SOAS said: “I am always impressed by the commitment of SOAS students to engage with the pressing issues facing our world today. Solar SOAS is an excellent example of our students taking a constructive and positive approach to tackling one of the great challenges of our time – climate change.”